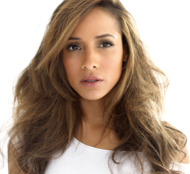 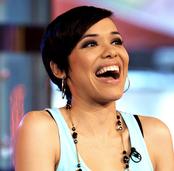 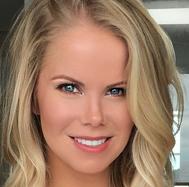 Crystal Hunt The Emmy-nominated actress, Crystal Hunt, first captured America’s attention at the age of 17 when she was cast as the troubled, misguided teenager ‘Lizzie Spaulding’ on the iconic CBS daytime series Guiding Light.
After being spotted by an agent at the Actors Workshop in New York, Hunt was quickly offered a role on Guiding Light that would last four years and earn the teenage actress an Emmy nomination. Coinciding with her rigorous television schedule, Hunt got her break into motion pictures, appearing opposite Zac Efron in the feel-good family movie The Derby Stallion. She continued her film career after leaving Guiding Light when she costarred alongside Amanda Bynes, in the romantic comedy “Sydney
White”, a modern day twist on the Snow White fairy tale. 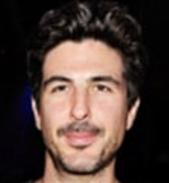 ​Denise Ramirez is currently working as a ParentCorps Educator at the Center for Early Childhood Health and Development in the Department of Population Health NYU Langone Medical Center. Denise works on ParentCorps, a family-centered and school-based universal early childhood intervention. In addition to her work at ParentCorps, Denise provides therapeutic services to children, adults, and families at the Puerto Rican Family Institute, a community mental health agency.
Denise earned her Bachelor of Arts in Spanish from Rutgers, the State University of New Jersey and her Master of Social Work from the Silver School of Social Work at New York University. Denise has published her research in the Journal of International Migration and Integration.​

​​​Dania Ramirez is an actress, model and film producer. She is currently playing Cinderella on season seven of the ABC's acclaimed series Once Upon a Time. Previously Ramirez was one of the four leading characters in the Lifetime TV series Devious Maids, and her screen credits include the lead role in Lycan, which she also co-produced, as well as roles in American Reunion, X-Men, 25th Hour, Heroes, Entourage, and The Sopranos, for which she earned a SAG Award. Dania grew up in the Dominican Republic and moved to New York City at the age of ten. She graduated from Montclair State University with a bachelor's degree in Communication, while also studying at The Actor's Workshop Studio in New York City. Learn more about Dania, her life, career, and humanitarian efforts.

​​Bev Land is a director known for What Are the Odds (2004), Lycan (2015) as well as the controversial " Funny or Die" videos starting Mena Suvari, Dania Ramirez and Roselyn Sanchez among others. He has been married to Dania Ramirez since February 16, 2013.  They have two children. He has a teenage son from his previous marriage.Type your paragraph here.

Danilda Ramirez was born in the Dominican Republic, her parents moved to the USA when she was 3 years of age. She was raised by her grandmother and her aunt , growing up among  many  female figures  have thought her to stand  up for herself and face the many difficulties  and struggles of being a single mother of two amazing boys, Anderson  and Victor Sanchez.Danilda ‘s drive pushed her to conquer the many goals that she  envisioned for herself. She graduated with her master’s  degree in Marketing. Danilda is currently director or marketing at IDT Telecom. She share Dania's dream to help the less fortunate, she was an essential part of the "Newborn Baskets to Mothers in Need" initiative. 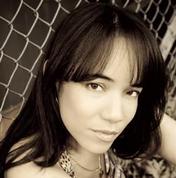